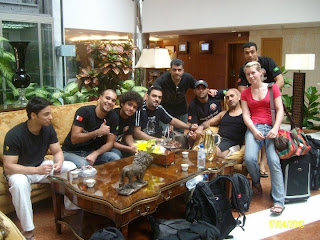 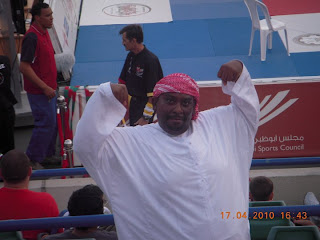 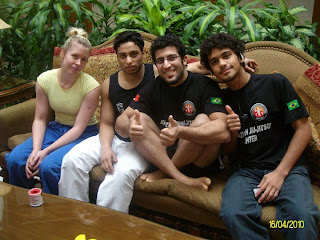 A forgotten post but thought I would put it up anyways :)

So much has been going on since I wrote last I don't know where to begin, there's been the Fabio Seminar, World Pros in Abudhabi, and most recently our coach Rodrigo went back to Brazil so now Reza is teaching all the classes again. I have a lot of feelings about all these things but at the risk of this blog post sounding like a teenage diary I'll make this more of a newsflash with those three things being the headlines if you will.

Well I'll kick things off with a run down of the world pros easily the best competition I've ever been to. We arrived into Abudhabi earrrly in the morning and went straight to get weighed and signed in. We weighed without gi which was different to most of the tournaments I have done. Girls were fighting under 63kg or over and I had no problem making under 63 without the gi. The same could not be said for my team mate who had to do a few laps in the sweltering heat before their weight checked out, lay off the mcdos Ali hehe.

We got checked into the hotel, which was soo big it kind of reminded me of the battlestar galactica or something! All meals were provided in a privet hall that they had set up to feed all us hungry fighting types and probably to keep us away from more esteemed guests. The rest of the guys headed back to get some zzzs and I hung around chatting to some of the other competitors as my fight wasn't until the next day.

In typical Arab style and to avoid the heat, as the fights were outside in a tennis stadium, fights started around 6pm and went on till about 12pm. The first day no one managed to place in their weight categories despite winning a lot of fights and we went back to the hotel for the second buffet meal of the day and the guys decided who would go in for the open weight.

The next day I was fighting first against Hillary Williams which was pretty kul but also kind of psyched me out waay too much, as reza said I already gave up before I even fought. Crazily for the Middle East it started to rain just as we were about to fight so there was alot of lingering before, I don't even really remember much just that she pulled guard and I could not posture up at all then I tapped to cross collar choke. Actually You can watch it here :)


The rest of the female fights were really good to watch my friend Jess from South Africa won her fight with a really good arm bar from guard. I've never seen first hand girls fighting at such a high level so it was inspiring to watch. By the end of the day two of the guys managed to place third in the open weight category which was really good for us having such a small team.

All the final matches would be fought the following day. While over on the mats drilling some techniques I nearly had a heart attack when the mother of all fireworks displays went off in the middle of the competition, some people had to fight under this huge distraction of lights smoke and ruble that was raining down onto the mats. To most of the fighters credit they fought on seemingly unbothered by all the ruckus, I guess too focused to be rattled by the noise but it was very odd, and it happened every day.

The day of the finals was also the day we were heading home on an 11.30pm flight or something but the guys had to stay till the end to get their medals and it was nice to watch the ceremony. We had to do a crazy mad rush to get to the airport in time but luckily we made it because by this point I was getting tired and grumpy. The winners of both the under 63 and over 63kg female finals were both from Alliance Luanna and Gabi. I know that some of the guys are going over in July to train at alliance in sau paualo. I'm saving like crazy to be able to go but it might not happen this year.

So there you go better late than never the Abu Dhabi world Pro trails for the 2011 tournament are already being organised as we speak I was talking to Ze Macerlo when he was down to do our grading and he is in Abu Dhabi planning how the European and UK trails are going down. Good news for all you female fighters there is now a white/blue belt category and while I think the weight categories are still under or over 63 this means that they are taking us female fighters seriously and after the performances from last years competitors I'm not surprised! So train hard and go for it I say with $3000 prize money up for grabs and everything free if you ace the trials this is a must do competition :)
check out here for more info http://en.wikipedia.org/wiki/World_Professional_Jiu-Jitsu_Cup_2011
Posted by XOXrachyXOX at 02:56